Kask advertises their Valegro Helmet as providing maximum cooling, minimum weight, and superior comfort. The Valegro sits at the top of Kasks range alongside the more aero-focused Utopia and Protone models and retails for $249.95. Upon initial inspection, the Valegro is certainly light and boasts an impressive 37 vents but is it worth the price tag and how does it compare to some of its competitors? We took a deeper look at the Valegro to find out. 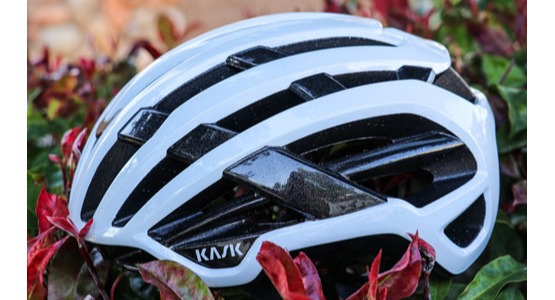 If there was a pro-level helmet that was designed for the rigors of the Northern California summer, this would be it. Many other top-end models from other manufacturers have trended towards increasing the helmet’s weight as safety features are improved. The Valegro maintains an incredibly low weight while also performing admirably in rotational impact tests. 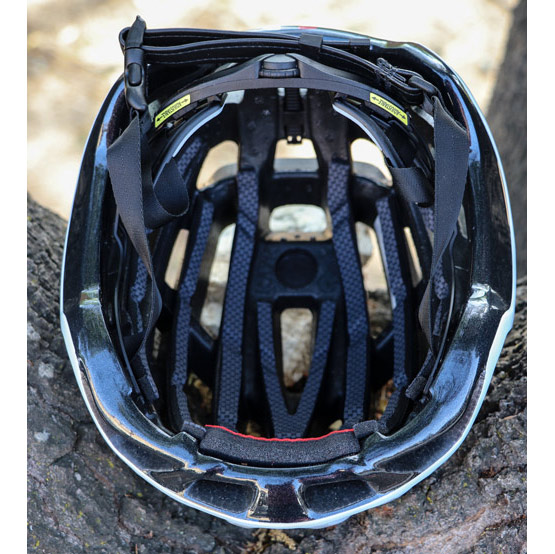 Where the Valegro really stands out is its ventilating capabilities. The Valegro's 37 vents are all well and good but what actually makes the difference is how air is channeled through and over the helmet. The Valegro actually has a relatively low footprint when it comes to contact points with the wearer’s head. The rest of the space is filled, or not in this case, with large air channels that help to rapidly transport air from the front of the helmet, over the wearer’s head, and out of the back of helmet via massive exhaust-like vents. The result is a superb cooling effect on hot days and especially at higher speeds.

This brings us onto the pads which form the primary contact point with your head. These are comfortable and antibacterial thanks to their tridimensional 3D DRY multi-layer open cell construction. An improvement over previous models is the removable front-central pad. This acts as a great moisture-wicking band in the center of one’s forehead and helps to keep sweat from dropping down onto one’s glasses when it is particularly warm. It is also cooled by vents on the front of the helmet. 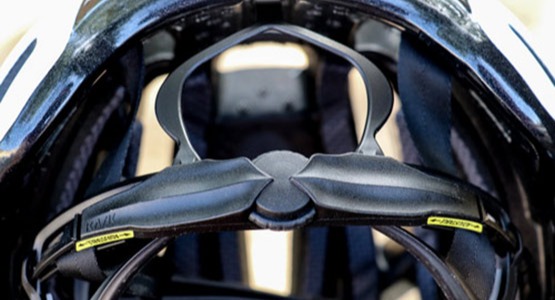 Kask are well known for for featuring a eco-leather chin straps in their higher end models. While this may appear clunky when you first pick up the helmet, the leather softens up and is a nice antidote to the nasty chafing feeling that can come with a regular salty chin strap on a hot day.

The Octo Fit system makes the helmet highly adjustable and the 50mm range of variability for the adjustment cradle on the back of the helmet keeps the Valegro secure and comfortable around the back of your cranium. 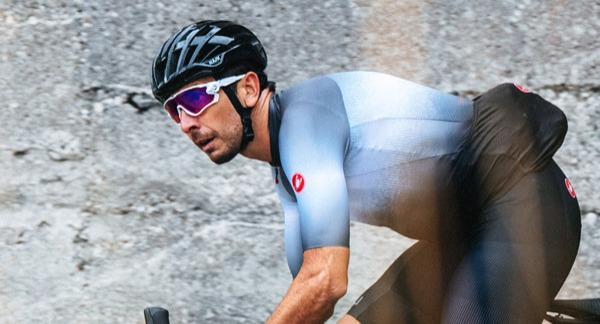 Overall, the Kask Valegro is a great choice for any rider looking for a very lightweight option that is going to provide the best ventilation on exceptionally hot days. The Valegro does slightly lag behind some of the competition at this price point when it comes to Virginia Tech’s Independant safety rating. The Bontrager Velocis MIPS and Giro Helios Spherical both score better in Virginia Tech’s ratings for example.
However, the Valegro is lighter than both of these options. World Tour road team Ineos asked Kask to manufacture a lightweight and exceptionally ventilated helmet for the hottest days at the Tour de France and the Valegro more than delivered on this design brief.