How to fuel for endurance

Fueling for endurance activities requires training in itself – practice and experiment to nail down a strategy that works for you.  Dr. Allen Lim from Skratch Labs shares some of his tips after decades of coaching pro endurance athletes to help you find a fuel & hydration strategy that will make your body & mind perform better. 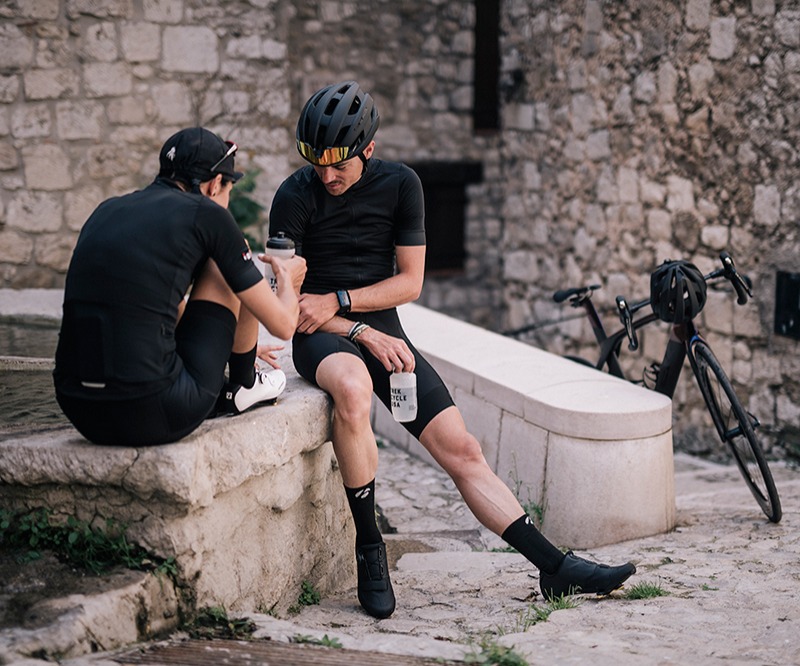 Create a schedule for eating and drinking so that you don’t get behind. While every situation is different depending on the environment, as a general rule be prepared to have access to at least 1 to 1.5 liters and 250-350 Calories (between food and drinks) from mostly carbohydrate per hour. Start eating and drinking just before or at the start of your event and repeat at least every 10-20 minutes throughout your event.

But always remember to eat to hunger and drink to thirst. Having the flexibility to change one’s plan in real time based on how you feel optimizes safety and performance. So have a plan and listen to yourself.

General rule: Replace at least half the calories you burn each hour and drink to thirst with a drink that has a similar sodium concentration as sweat (700-1000 mg of sodium per liter).

Tip: Weigh yourself before and after exercise. Because the weight you lose is mostly water, a 1-pound loss is equal to about 16 ounces (473 ml) of fluid. Try not to lose more than 3 percent of your body weight in an event.  If you do, add more salt to your drink or food to drive thirst the next time you go out. 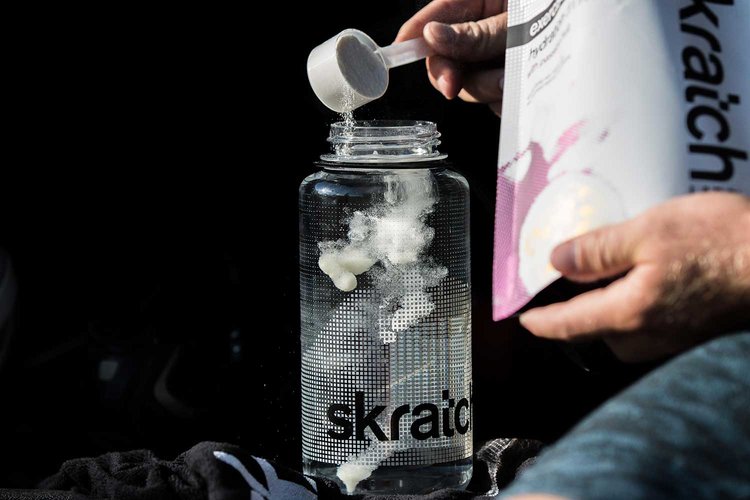 When we sweat - we lose water and electrolytes - 90% of which is salt or sodium chloride. Between sodium and chloride, it’s sodium that is most important for us to replace.

It’s this increase in blood sodium concentration that triggers thirst. To quench that thirst and restore sodium balance, less water is needed than was lost, since there’s not as much salt in the blood. Thus, drinking plain water to thirst can cause dehydration over a long period of time.

The issue, however, isn’t with thirst – which is an important safety mechanism that keeps us from diluting our blood’s sodium balance. The issue is with plain water. To optimize both water balance and sodium balance, all you need to do is drink something that has a similar sodium concentration as your sweat. But, if all you have is water, just make sure not to force yourself to drink beyond thirst.

General Rule: Drinking to thirst with a drink that has a similar sodium concentration as sweat will keep you in both sodium and water balance. 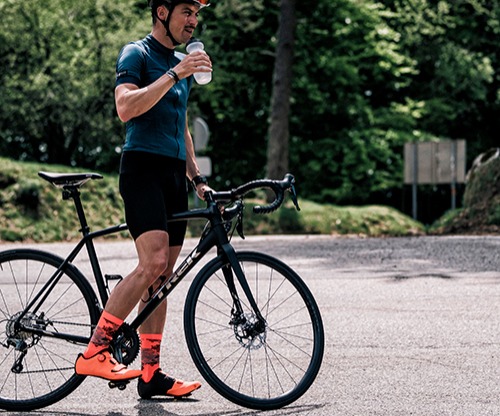 While pre-packaged foods like bars, gels, and chews are convenient and tout performance, it’s important to realize that real food can work just as well if not better than engineered nutrition and is likely going to be easier to digest.

General Rule: Sports nutrition come from your kitchen, not just from a package. Take the time to prepare and bring delicious, high carb snacks that you will look forward to eating.

Tip: A regular sandwich, a boiled potato with salt & parmesan, a banana, or a ball of sushi rice mixed with chocolate or some scrambled eggs can all give you the calories you need without upsetting your stomach the way a lot of sugary gels or sports bars can.

4. Learn What you Need in Training

Competition day is not the day that you want to be experimenting with yourself or your fuel. So try different hydration and fueling strategies during training well before the big day.

General Rule: Reduce the variability on competition day by already knowing how to fuel and hydrate yourself. This is part of your training!

Tip:  Keep a journal of your drinking and fueling experiences during training. 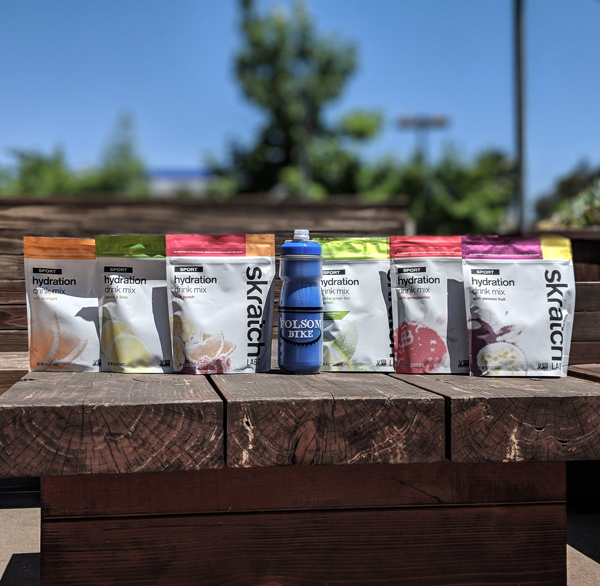 5. Come in Well-Fed and Well-Rested

While proper training is obviously important, making sure you are well rested coming into an event is sometimes even more critical. You can’t cram training, so as you approach the big day, make sure you are getting plenty of sleep and aren’t killing yourself in training the week leading into your event.

General Rule: Eat and sleep more coming into an event.